Coming April 28th 2021 the South Suburban Postal Customer Council presents it's annual spring event. This year we are doubling down in more ways than one. Our topics are Seamless Acceptance/Automated Verification and The Enterprise Payment System. And to give us all the ins and outs we have enlisted two of the USPS HQ's best: Roshanda Jackson and Mike Filipski to co-present on both topics.

Registration is open now. This year the event will again be online, and will include an online raffle. Register before April 14th and you will be included in an additional raffle.  Just go to our Events Page and register now! 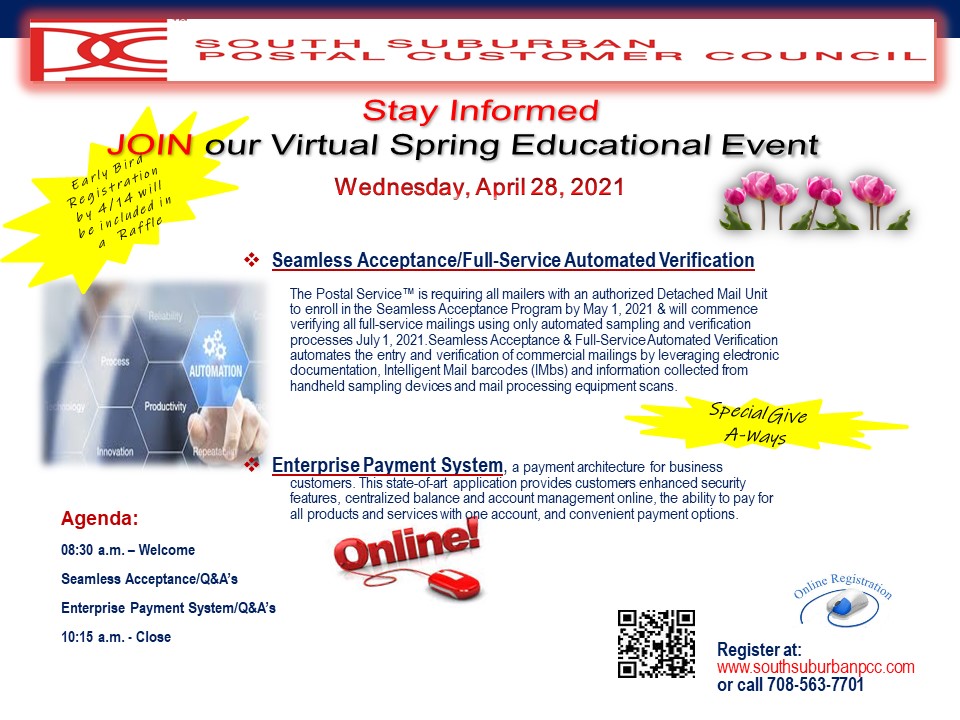 At the Fall Educational Event in November SSPCC announced the winners of its 2020 Excellence In Service Award, and has just released its National PCC award nominees. The Excellence In Service was awarded to Mary Williams and Gene Hejmej. Both have been longtime members of SSPCC, as well as long time Executive Board members, each having served in various leadership roles over the years.  The award is given to those annually who have given unselfishly of their time and talents in aiding members and furthering the mission of South Suburban Postal Customer Council. 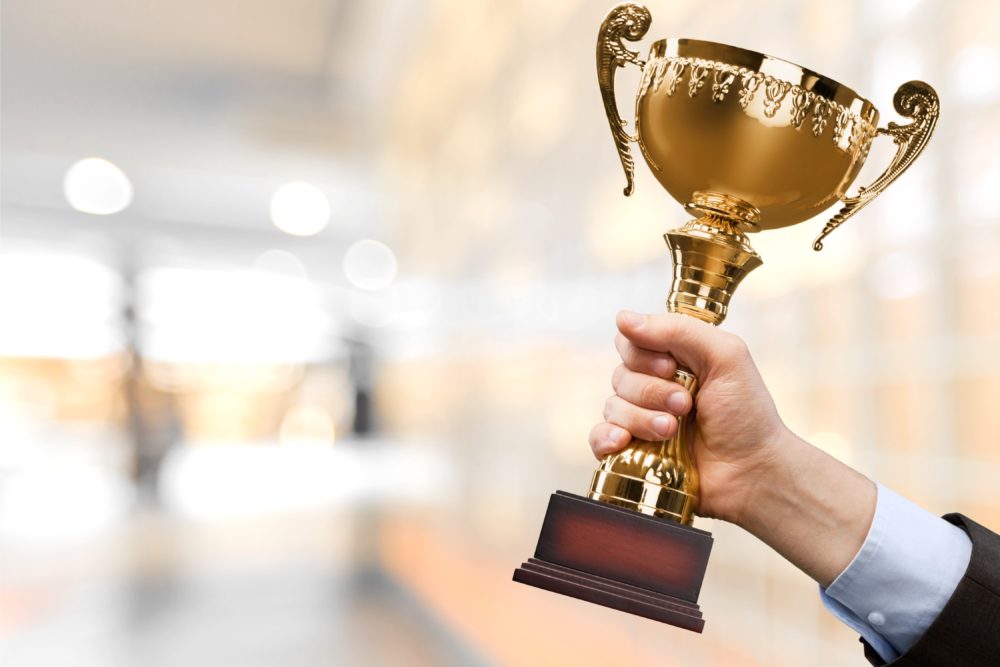 Mary L Williams was an active Member and PCC Co-Chair for South suburban PCC for over 25 years.    She was recognized at the National Postal Forum, Minneapolis, in 1993 for outstanding contributions for PCC’s and in 2000, in Providence RI, for her work with the USPS Advisory Committee as most outstanding Contributor for 1999.   During this time, Mary started her business,  Presort Solutions in Naperville Il, and was recognize in Inc 500 as one of the fastest growing business’s, two years in a row.   The importance of staying involved with the PCC while building her business was always important, as the industry and the postal service needed the continued efforts to help educate customers at all levels.   Education of quality, regulations and industry changing during the past 25 years was and is so important, and Mary was always willing to find an answer if someone needed help. Mary did sell her business a few years ago, is enjoying her retirement, and family, and still maintains many friendships she met through the many years with the PCC.

Eugene has worked in the transportation, parcel and mail industries for the past 40 years after graduating from Western Illinois University.  He started attending SSPCC meetings in 2003 while working for RR Donnelley Logistics and became a board member the following year.  In 2005 he was nominated for the position of Treasurer and held that position nearly 15 years until stepping down from the

position in early 2020.  As Treasurer, he was involved in the planning and budgeting of member meetings and helped the SSPCC attain the nationally recognized Gold status among PCCs across the country.  He was active in attending National Postal Forums and representing the interests of the SSPCC

within the USPS organization.  Eugene says, being a board member was a rewarding experience.  He would recommend anyone interested in wanting to help promote continuing postal education to fellow SSPCC members to apply for a board position.

During the historical first time National PCC Day virtual event the Postal Customer Council Advisory Committee rolled out a new national standard PCC Logo. Citing a desire to update the look and image of today's PCCs they worked with a national marketing company to create the design.

In addition they provided guidance for local PCC groups in adjusting the new logo to include as a local PCC. Here is one version of the new South Suburban PCC logo.

In an effort to better meet the educational  needs of the PCC membership, we bring you our Business For Breakfast Series.  The basics of Letters, Flats, Parcels or USPS programs are typical content. These content-rich but time-compact sessions are targeted at folks who are either new to the industry, looking for a refresher, or are perhaps expanding their involvement into areas previously unexplored. Each session will start with a brief welcome, followed by an hour of focused learning on a specific subject. If not in our virtual classroom, a continental breakfast or breakfast sandwich with coffee and juice is included.

We currently have openings on our board that we are looking to fill.  No experience necessary!  Only a genuine enthusiasm for helping others learn about mail is required.  Click Here if you are interested.

The United States Postal Service has several publications, both printed and online, to serve your needs: